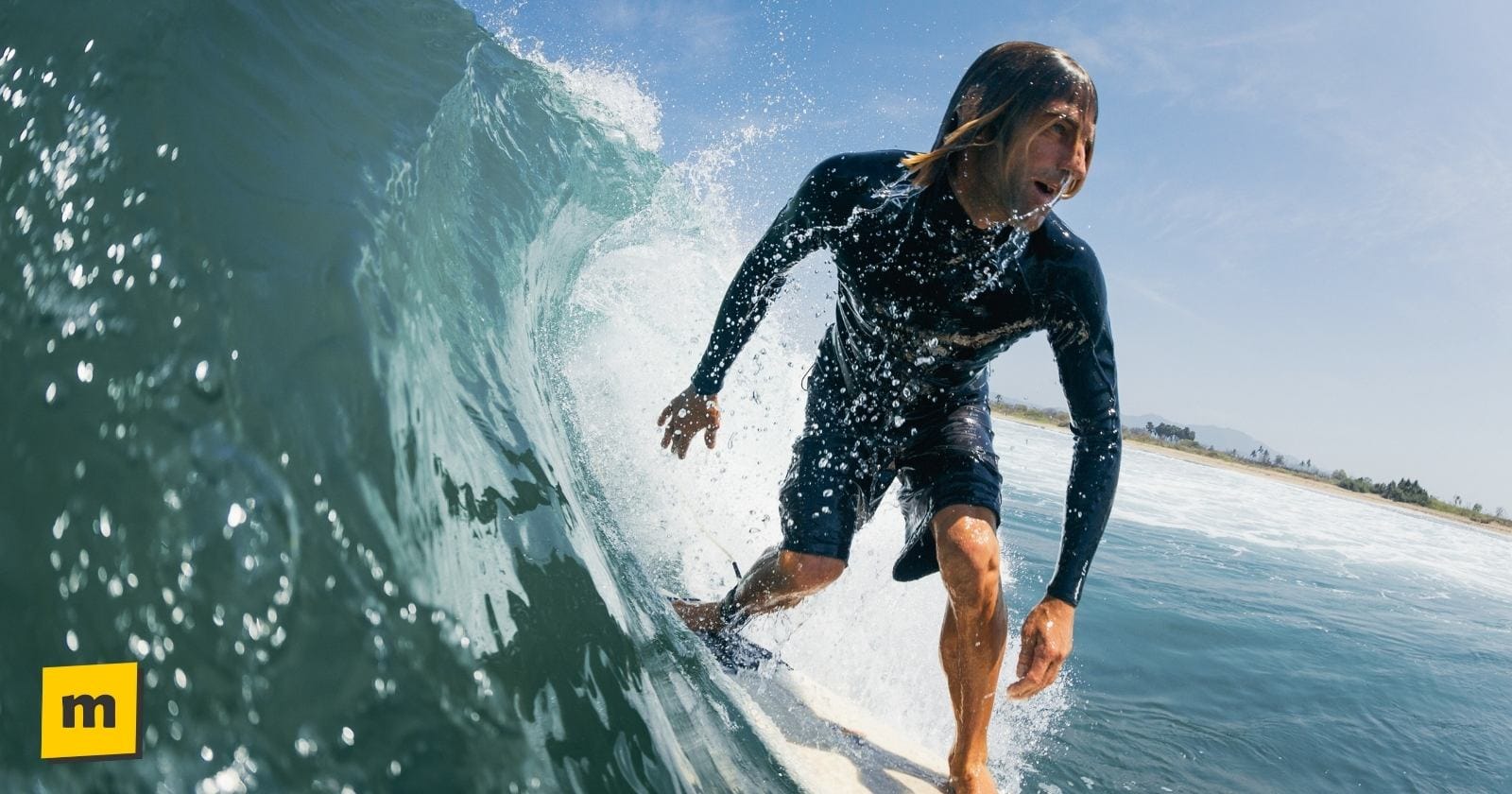 Urge surfing is a way to create a mindful pause between cravings and action by “riding the wave” of your urges as they rise and subside. By surfing urges instead of acting on them right away, you can give yourself a chance to choose the action you want to take, rather than doing it on autopilot.

Not long ago, when I fasted for 24 hours as an experiment, I had a realization.

First, I got hungry around my normal mealtime. Then, as I passed mealtime and ate nothing, I got really hungry.

But then, a couple hours later, I noticed something odd – I wasn’t that hungry anymore. I “rode the wave” of my hunger to the peak, then back down again until I no longer felt like my hunger was an emergency. Instead, I felt fine.

Psychologist Dr. Alan Marlatt developed the concept of urge surfing as a metaphor to visualize the art of resisting cravings in addiction recovery. Just as waves can be intense, cravings can be intense, too. But like waves, they usually don’t last very long.

In a study of smokers, Dr. Marlatt found that those practicing urge surfing were able to reduce their smoking by twice as much as those using willpower alone.

Here's what you'll find in this article: Show table of contents
1 What is urge surfing?
2 Accepting your cravings vs ignoring them
3 Understanding urges and cravings
4 How long does an urge last?
5 How to stop cravings with urge surfing (5 steps)
6 Incorporating urge surfing into your life
7 Further exploration

What is urge surfing?

Every day, thoughts, feelings, urges, and cravings run through your mind.

You don’t choose to act on all of these cravings. But some of them are so strong that you may suddenly find yourself in front of the pantry eating snacks for no reason. You simply had a craving, then acted on it.

Urge surfing is a technique that helps you to manage cravings mindfully, by feeling the urges fully rather than attempting to distract yourself.

And, as in the snacks example above, urge surfing is often used by people who are working to eat more mindfully. It’s also commonly used for addiction recovery, among many other applications, but it can even be used for something as simple as managing the urge to watch television instead of work.

Urges can last any length of time, but if you are able to avoid ruminating on them and instead simply watch the wave pass by, they should dissipate in 15-30 minutes.

Accepting your cravings vs ignoring them

Urge surfing has been shown to be twice as effective as using willpower to resist your urges and cravings.

By ignoring or resisting your cravings, you’ll probably find that your cravings grow rather than subside. Resisting thoughts often creates a feedback loop that increases mental rumination, leading you to experience the craving for longer. It can also lead you down the path of self-blame and shame.

Instead of resisting your cravings, urge surfing is a way to accept the fact that you’re feeling them, and then watch as the feelings rise and subside.

Here’s how this plays out in practice:

Observing your urges, rather than acting on them right away, can be a curious experience at first. It can also be empowering.

Acting on urges immediately can make it feel like you’re captive to your cravings. Observing and managing them gives you back the control.

Here are a few things to remember about urges:

How long does an urge last?

Urges can feel neverending, especially if you find yourself ruminating, blaming yourself, or trying to talk yourself out of feeling the urge. If you instead allow yourself to feel the urge fully, it should dissipate within 15-30 minutes.

According to Psychology Today, urges last around 15 minutes. According to WebMD, the number is up to 30 minutes.

How to stop cravings with urge surfing (5 steps)

Download PDF: How to Stop Cravings with Urge Surfing

To stop cravings, urge surfing is an invaluable tool.

Incorporating urge surfing into your life

If you’re looking for a way to stop cravings mindfully, look no further than the technique of urge surfing.

Here are just a few benefits of urge surfing:

If you’re just starting out with this technique, start small, and be gentle with yourself if you struggle at first.

With practice, you’ll be urge surfing like a pro.